Shared Ride Van
Charter vans available from airport to hotel and vice versa for comfortable low-cost transport and to other destinations like Village of the Arts and the Lake Manatee State Park.

Private Van
Private Vans for hire in the Sarasota-Bradenton metropolitan region; ride or rent in the Circus City or the Friendly City.

Local Personal Drivers
Local drivers know the Sarasota-Bradenton region in and out; hire one if you want to experience the best of Sarasota or Bradenton.

Private SUV
Private SUVs for hire near the Historic Spanish Point or the Lido Key; contact for easy pick and drop and fast service.

Taxi Cab
Hire a taxicab in Sarasota to take you to places like the Siesta Beach, Sarasota Classic Car Museum or the Mote Marine Laboratory; professional drivers for hire.

Stretched Limousine
Get everybody talking about you as you make an appearance at the Sarasota Opera House in our special private limousines for hire with traditional well-trained chauffeurs to take care of you.

Chartered Bus
Plan excursion to the Bean Point or the Warm Mineral Springs with our buses for hire to take your group anywhere you want while taking care of your every need.

SRQ airport terminals
Whether you are looking for the baggage claim at Sarasota Bradenton International or if you just want to grab a quick bite to eat, this map will make your trip much easier. 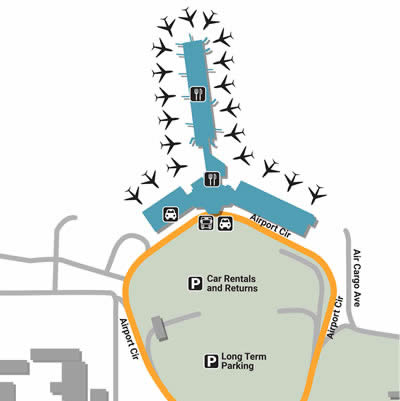