Porto Airport Shuttle Service
To move throughout the city, the metro is always a fantastic option. As well, taxis are always available, for a cost. However, to get to and from the airport, you might be looking for something a bit more private or planned out.

Shared Ride Van
You go for tours to have fun. Not to be minced of every coin you have. Our shared ride vans helps you save on travel. Whether visiting Soares dos Reis National Museum or going for prayers at the Porto Cathedral, book our shared ride vans and enjoy some company.

Private Van
Qualified, competent and skilled professionals. These are the qualities of the drivers we put at your disposal. Whether you want to be transferred from one airport to another or from one hotel to another in Porto just call us.

Private Sedan
Want to have some self-indulgence as you the visit the great Douro, just call us for a ride on our classy private sedan.

Local Personal Drivers
Would you like to familiarize yourself with Porto? Hire our local personal drivers for private tours to places like Serralves and Sea Life Porto.

Private SUV
Do you and your friends want to watch a football game? We got spacious private SUVs to transport you to and from Estadio do Dragao.

Taxi Cab
Have you just arrived at the airport in Porto? Call our taxicabs to drop you off to your hotel or take you to visit Casa de Serralves.

Stretched Limousine
Want a taste of class and elegance?Make reservations for our stretched limousines and experience life in Porto as you tour places like the Episcopal Palace of Porto.

Bus
We have group bus service just for you and your family or friends at great discounts. Book with us if you wish to visit places like Queijo Castle.

OPO airport terminals
When arriving at Porto Airport you can bring our terminal maps with you to help guide you through the airport. 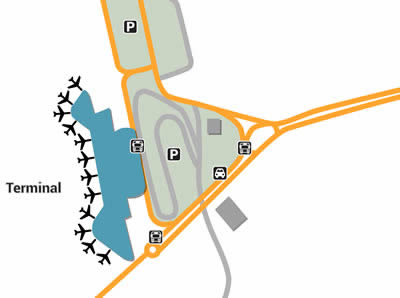